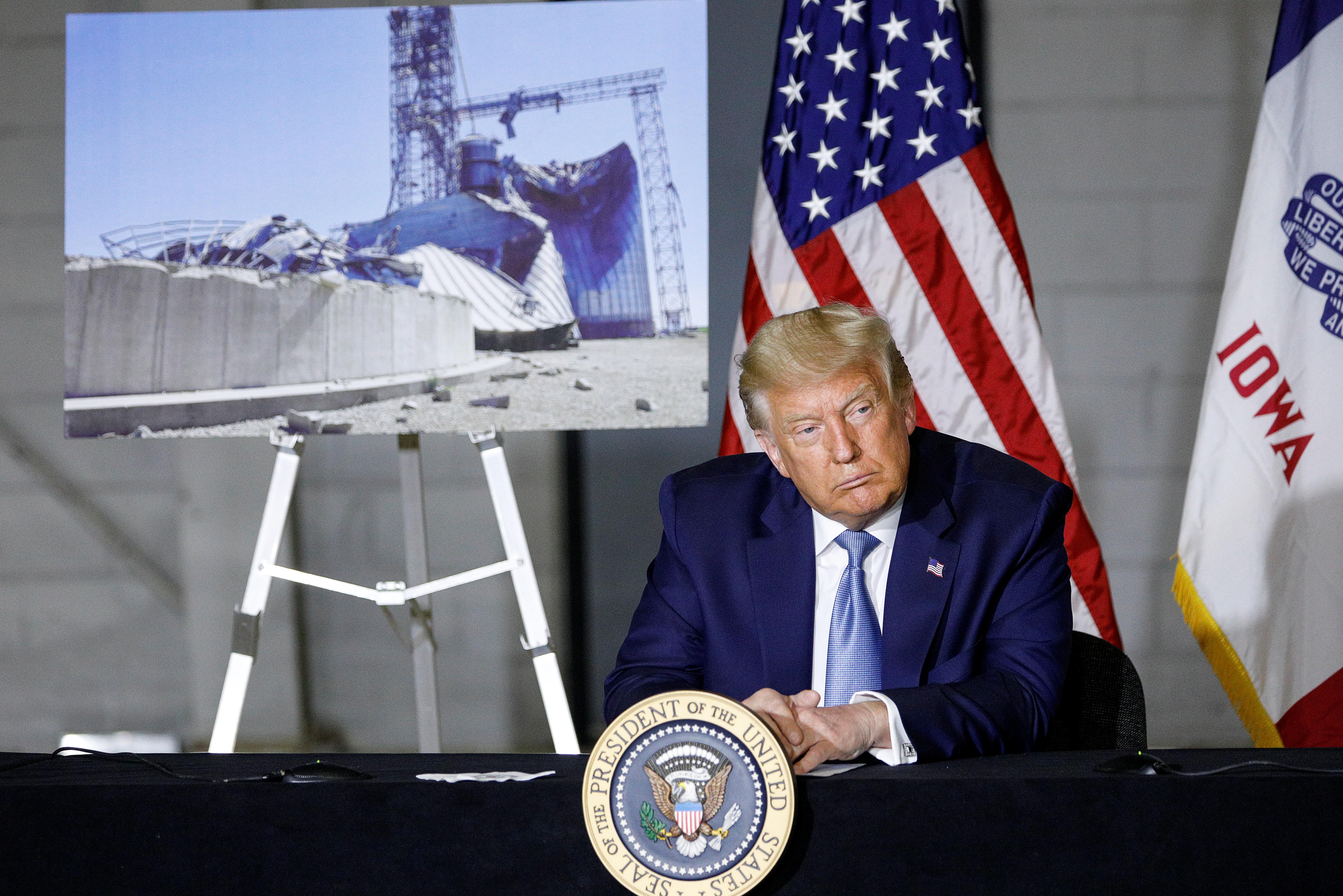 CEDAR RAPIDS, Iowa (Reuters) – U.S. lawmakers and state officials from Iowa said on Tuesday that much of the state’s corn crop will not be harvested following a fierce windstorm last week, as President Donald Trump visited to review the damage.

The destruction from the Aug. 10 derecho storm compounded troubles for a U.S. agricultural economy already battered by extreme weather, the U.S.-China trade war and disruptions to labor and food consumption from the COVID-19 pandemic.

“It’s amazing, it’s big,” Trump told local and federal officials at a briefing about the damage, a day after approving disaster aid for the state.

“There are millions of acres of corn that just won’t flat out be able to be harvested,” Mike Naig, Iowa’s agriculture secretary, said at the briefing in Cedar Rapids, Iowa.

The U.S. Department of Agriculture last week estimated the storm affected about 37.7 million acres across the Midwest, including 14 million in Iowa.

It destroyed or seriously damaged more than 57 million bushels of commercial grain storage capacity in Iowa and a similar amount on farms, according to the state’s agriculture department. Farmers may struggle to store their crops as a result.

The cost to remove, replace or repair damaged grain bins will top $300 million, according to Iowa’s agriculture department. Farmers in the state harvested 2.6 billion bushels of corn and 502 million bushels of soybeans last year.

Iowa Governor Kim Reynolds thanked Trump for approving federal aid, and said damage from the derecho was worse than previous disasters because the storm was more widespread.

Pete Gaynor, Federal Emergency Management Agency (FEMA) administrator, said he toured the damaged areas on Monday and that “we still have a ways to go” to clear out debris and other damage.

Trump said he would direct FEMA to take a closer look at the assistance available to individuals.

Iowa is in play for the Nov. 3 presidential election, in which Republican Trump faces Democrat Joe Biden. The state supported Trump in 2016 and Democrat Barack Obama in 2012.